The initial services offered to PSAPs or 9-1-1 centers as well as citizens include:

Our network’s design is scalable and can be capable of handling data shared among Public Safety entities across jurisdictional lines. This data may include: Computer Aided Dispatch data, Be On the Lookout bulletins, National Crime Information Center traffic, FirstNet/Land Mobile Radio interfacing, etc. (i.e. mission critical data from all the other systems used in as well as outside of 9-1-1 centers by citizens and visitors, field responders, and other professionals associated with a Public Safety event.)

The goal is to tie developing networks and emerging technologies into one system that creates an end-to-end solution for citizens and public safety during an emergency event, regardless of severity.

Funding for the implementation and operation of ANGEN is currently provided by the collection of revenues derived from the statewide service charge levied on voice communications service providers and all prepaid wireless 9-1-1 charges under §11-98 of the Code of Alabama, 1975, as amended. Additional funding for other programs that power ANGEN comes from federal grant opportunities meant to “fill the gaps” in implementing NG9-1-1.

From First 9-1-1 Call to Deployment of ANGEN

At 2 p.m. on February 16, 1968, the nation’s first 9-1-1 call was placed in Haleyville, Alabama. Speaker of the House Rankin Fite made the call from the Haleyville Mayor’s Office to U.S. Rep. Tom Bevill in the Haleyville Police Station. In the very same county originating from the Haleyville Mayor’s Office nearly 50 years later, the Alabama 9-1-1 Board delivered the first test call through the Alabama Next Generation Emergency Network (ANGEN) in partnership with its vendor, INdigital in Double Springs, AL on 10/10/2017. “That day’s call was only one of many steps in a massive project and the Alabama 9-1-1 Board remains committed to making NG9-1-1 a reality. The ultimate goal of this particular project is that each 9-1-1 District will have the benefits of NG9-1-1 to help them meet the needs of their citizens and visitors,” said Leah Missildine, Executive Director for the Alabama 9-1-1 Board.

ANGEN uses the secure Internet Protocol network often referred to as Next Generation 9-1-1 or NG9-1-1, bringing the original network that placed the nation’s first call into the next generation of emergency communications. This allows information to flow seamlessly from the public through ANGEN to first responders and beyond. “Existing 9-1-1 technology has changed very little over the last 50+ years. With ANGEN, we are making enhancements to accommodate new technologies from cell phones, like location tracking and texting for 9-1-1. Technology is constantly evolving at a fast pace, and it is our duty to keep up with what people need and expect from 9-1-1. Through collaboration with the 9-1-1 Districts and INdigital, that’s exactly what we have done with the build out of this network. While this is a major step in the modernization of 9-1-1, it is only one of many ongoing projects to allow for and promote an appropriate public safety experience in people’s time of need,” said Ms. Missildine.

“We are excited to have this portion of the ANGEN project complete, as it will give 9-1-1 centers faster call delivery, the ability to transfer a 9-1-1 call to anywhere else in the state, better redundancy which is of particular benefit during inclement weather, and new ways to communicate with 9-1-1. Some of these will be new ways to send and get text to 9-1-1 and to make 9-1-1 more accessible for those with speaking, hearing, and other challenges. We’re excited to see how the 9-1-1 centers will use these tools to serve all who might need their assistance,” said Caleb Branch, Vice President of Market Management, INdigital.

Many stakeholders will benefit from the deployment of statewide ESInet services, not the least of which are the 9-1-1 centers across Alabama. ANGEN enables 9-1-1 centers to transfer calls as well as the caller’s location between centers and have automatic backup between the centers during critical events.

“In 2020 alone, we witnessed firsthand the positive impacts of an Emergency Services IP network. Even prior to today’s completion of the buildout, we observed its resiliency and redundancy through more than one hurricane, the Nashville bombings on Christmas Day, a global pandemic, and numerous other weather events,” said Ms. Missildine. Deploying the ANGEN system allows for a faster, more flexible, better 9-1-1 system that is accessible to everyone, including those with individual needs when they call or text 9-1-1. ANGEN will save lives, gain efficiencies, and adapt to the future.

The Alabama 9-1-1 Board, in coordination with the 9-1-1 centers across Alabama and its network provider, INdigital, announced that a major step forward has been taken in modernizing its 9-1-1 system. With a commitment to better utilization of emerging technologies and a strong, coordinated approach to public safety, all Public Safety Answering Points (PSAPs) in Alabama are now on the Alabama Next Generation Emergency Network (ANGEN). This move marks the end of network deployment and primary PSAP on-boarding for the state of Alabama.

NG911 is the Alabama Next Generation Emergency Network. It is Alabama’s response to private sector communications migration to Internet Protocol (IP)-based systems, which over the past decade has been faster than the movement for public safety communications systems. Simply put, NG911 is the modernization of a 9-1-1 system utilized since the 1960s. ANGEN is a standards-based resilient, redundant, and more capable system than we have operated with for the last half-century.

Next Generation or NG9-1-1 is an IP-based system which is a system of managed Emergency Services IP networks (ESInets), functional elements (applications), and databases that replicate traditional 9-1-1 features and functions and provides additional capabilities. NG9-1-1 is designed to provide access to emergency services from all connected communications sources and provide multimedia data capabilities for Public Safety Answering Points (PSAPs), 9-1-1 centers, and other emergency service organizations. (Source: National Emergency Number Association) 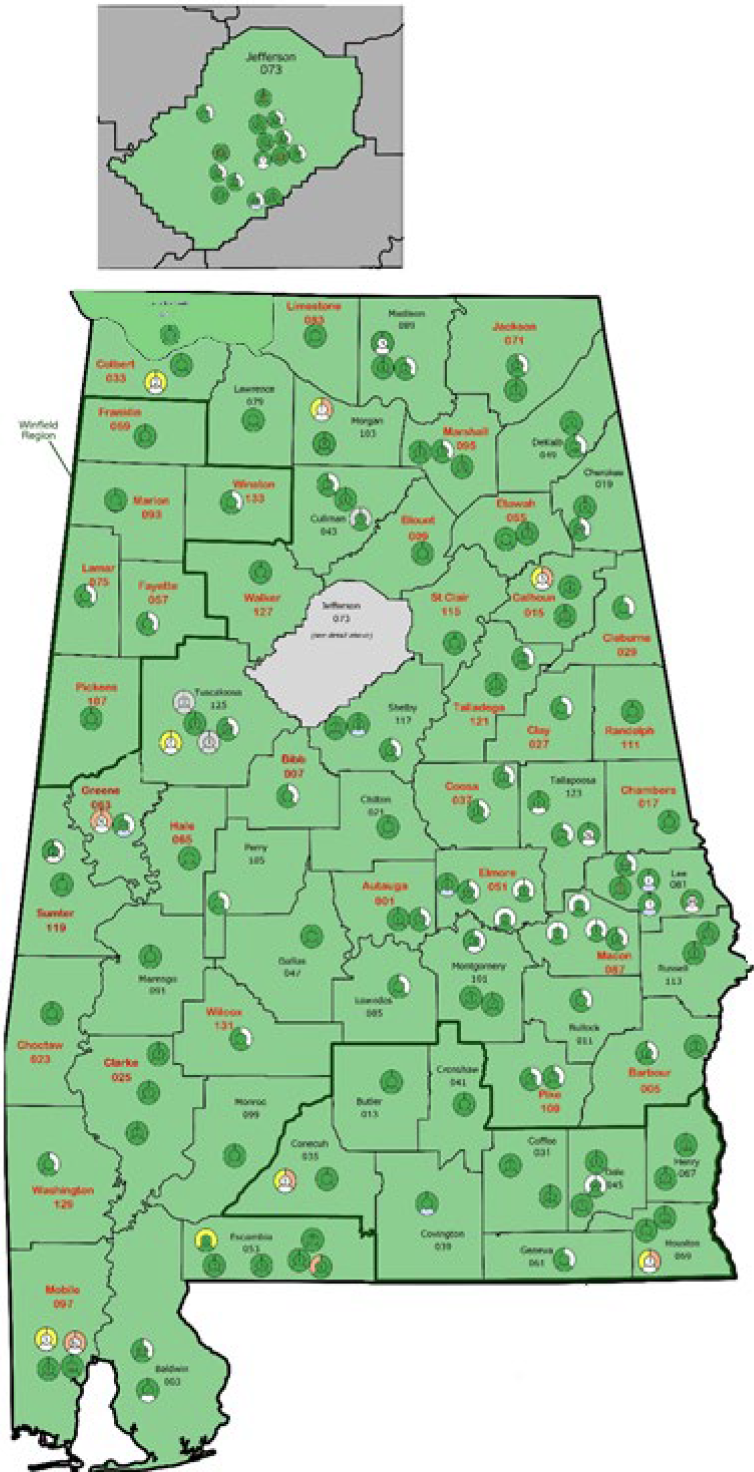